On Monday, 22 February 2016, Dwight Frankfather and I traveled to Silverton, Colorado (elevation 9,318 feet, 2,836 m) to look for and photograph the three species of Rosy Finches that inhabit North America. Below are my photographs of all three species including two subspecies of the Gray-crowned Rosy Finch.

The Following information is taken from these websites: The Cornell Lab of Ornithology’s All About Birds, rosyfinch.com, Nature’s Blog – Rosy Finches of Colorado and Wikipedia.

Rosy Finches are songbirds of extreme environments. Due to their remote and rocky habitat above tree-line rosy finches are rarely seen during the summer. Rosy Finches nest at higher elevations than all other birds in North America. During winter and early spring, all three species form large, mixed flocks and often appear in mountain towns and at ski resorts.

Like the other rosy-finches, the Brown-capped Rosy-Finch (Leucosticte australis) is a bird of the high mountains, breeding above timberline. It has the smallest range of the three American species, being found primarily in Colorado. 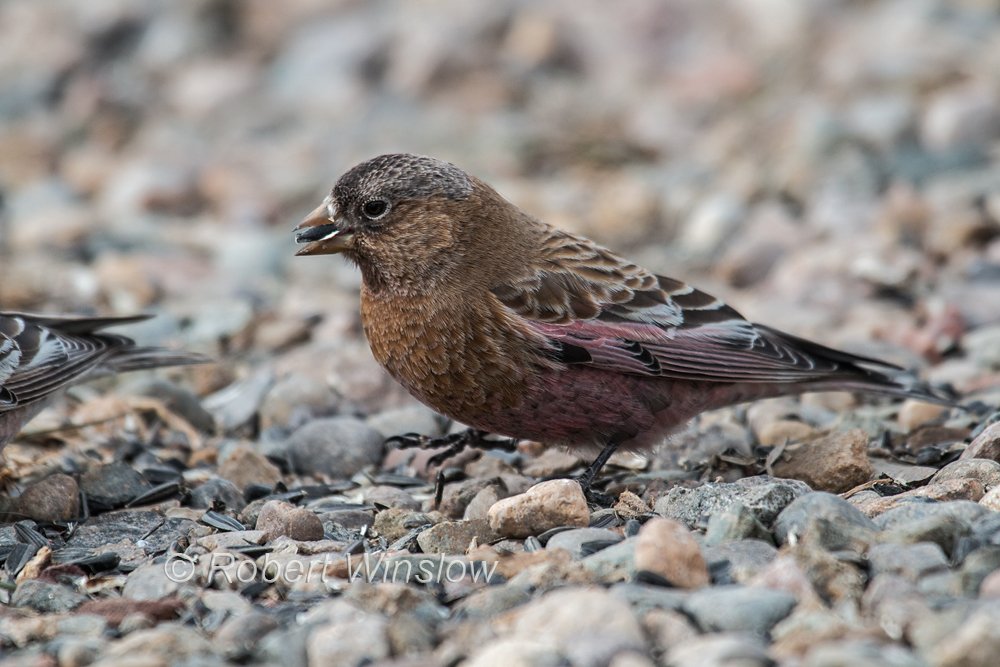 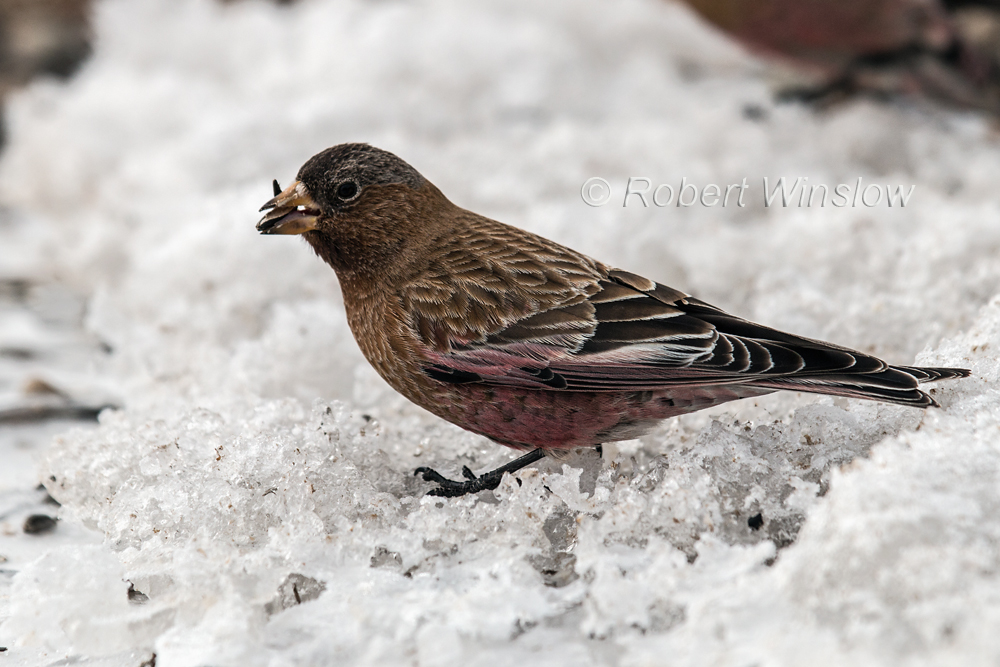 Black forehead blends into dark brownish crown. Gray head patch usually absent, but some show a light area on the sides of crown that does not extend to the back of head. Males usually have noticeably brighter underparts than Gray-crowned.

Gray-crowned Rosy-Finch (Interior race, Leucosticte tephrocotis tephrocotis) There is a sharp demarcation between the black forehead and the light gray crown which does not extend very far down the back of head. While plumage is usually a rich cinnamon-brown, some are darker and may be confused with Black Rosy-Finches. Considerably less pink on belly, wings and rump. The Gray-crowned Rosy-Finch is the species most likely to be confused with other rosy-finches. Black Rosy-Finch lacks brown back and breast. Brown-capped lacks gray on head. The amount of gray on the head is variable. Young birds may be especially difficult to separate from Brown-capped in the field. 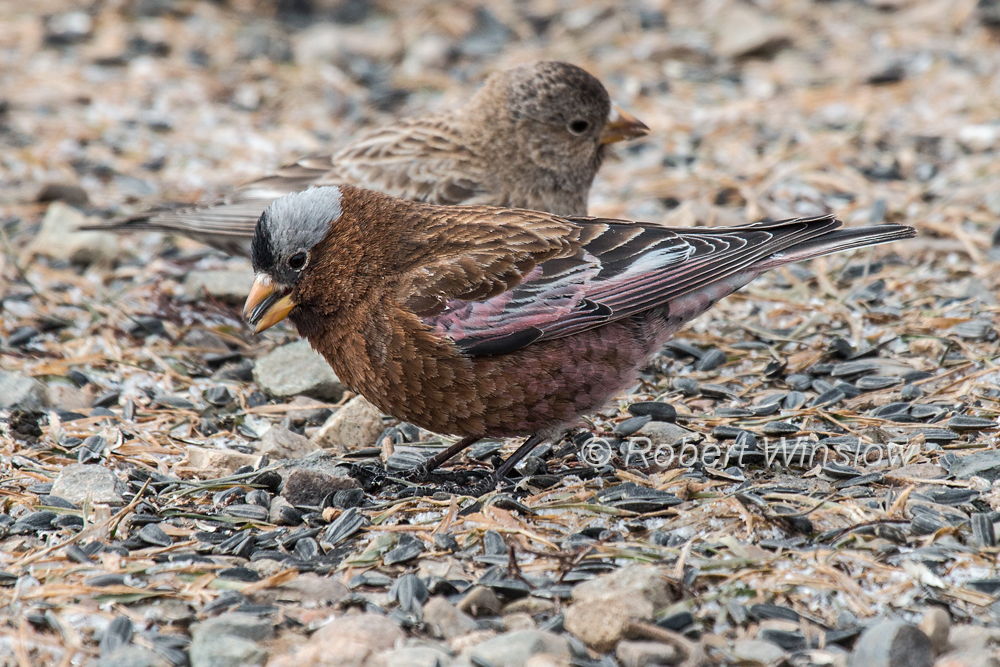 Gray-crowned Rosy-Finch (Coastal or Hepburns race, Leucosticte tephrocotis littoralis) Differs from the Interior race in having more extensive gray areas on the crown and cheeks. Note contrast between the black chin and light cheeks. Some individuals, possibly first winter birds, may be quite dark on upper back. Like Interior race, the pink on belly, wings and rump is quite subdued. 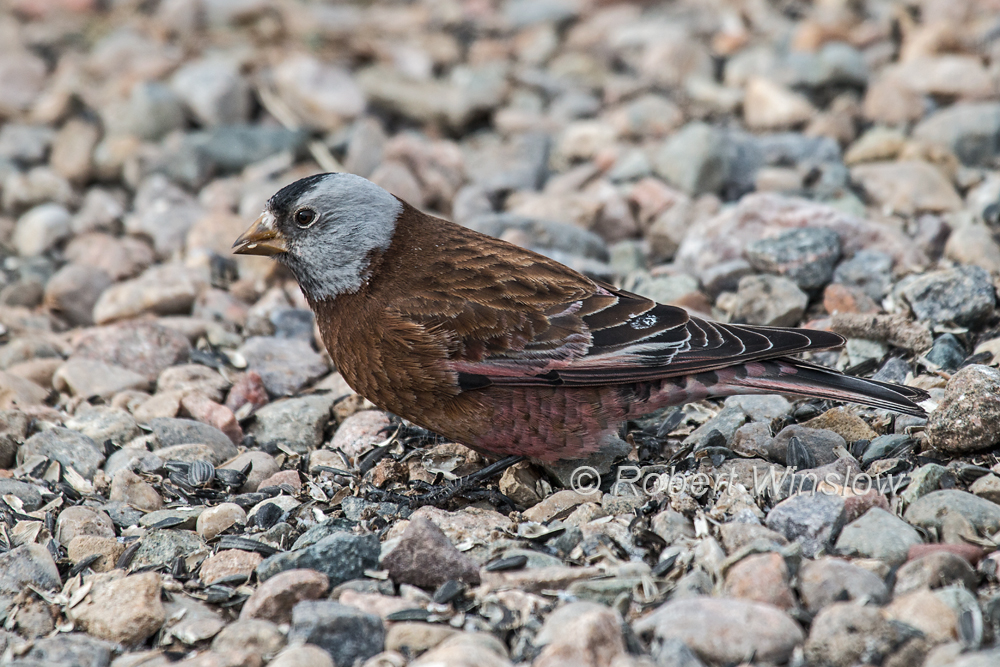 Perhaps because of its remote breeding sites, which allow little contact with humans, the Gray-crowned Rosy-Finch seems almost fearless. On its breeding grounds, foraging birds can be approached to within 1-2 meters (3-6 feet).

The Black Rosy-Finch (Leucosticte atrata) is a bird of the high Rocky Mountains. It nests above treeline, among alpine rocks and cliffs and is often the bird that nests at the highest elevation on a particular mountain. Because of this it is one of the least studied birds in North America. 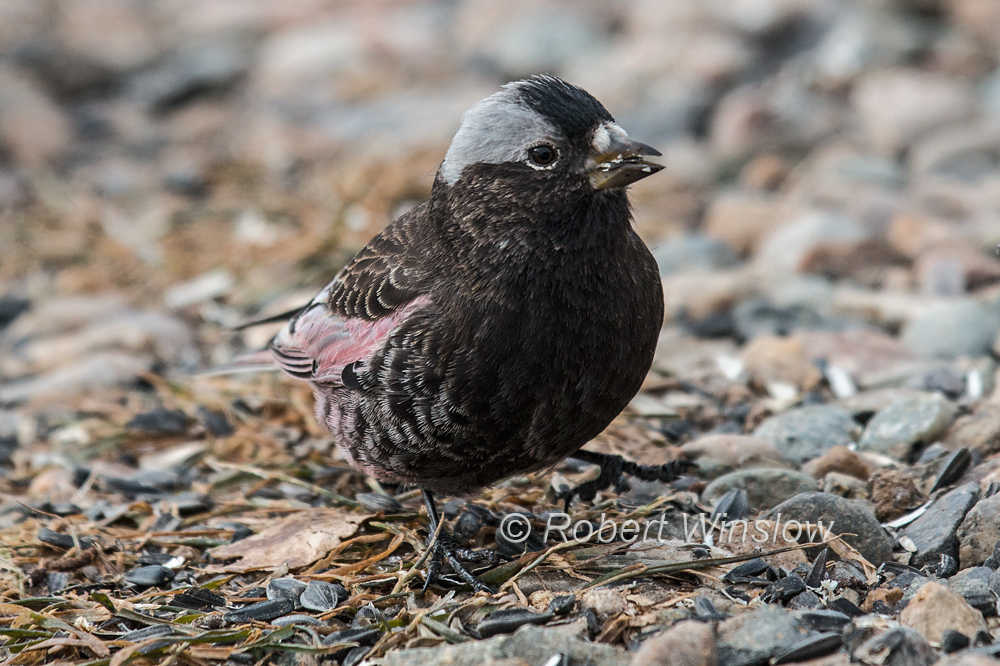 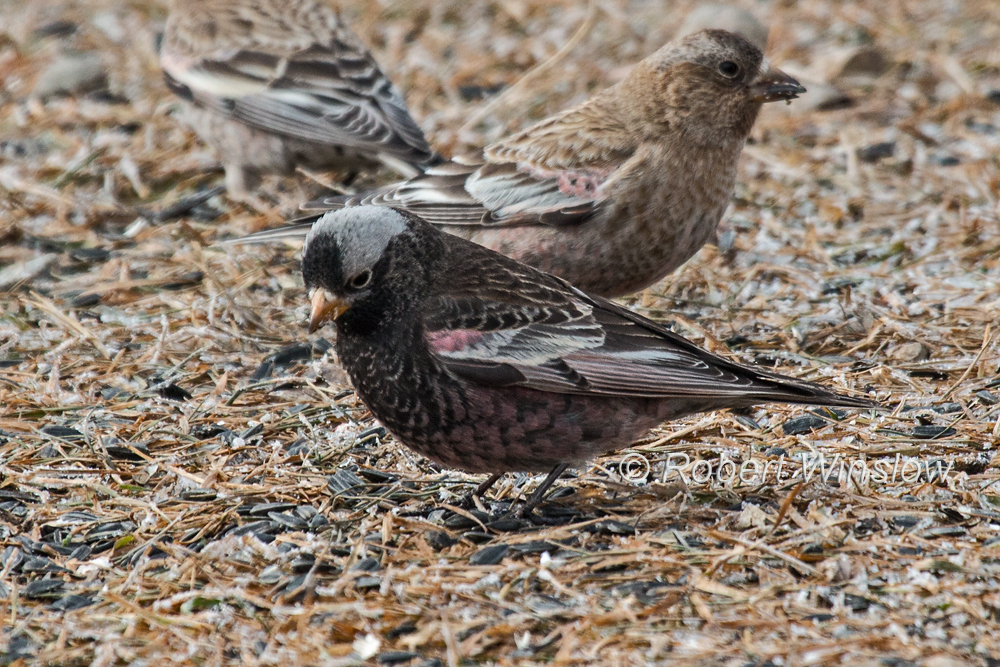 Black forehead strongly contrasts with light gray on crown, which extends to back of head. Black back, throat and upper breast contrast with extensive pink on belly, rump and edges of wing and tail feathers. Pink under-tail coverts. Generally has little brown in plumage. 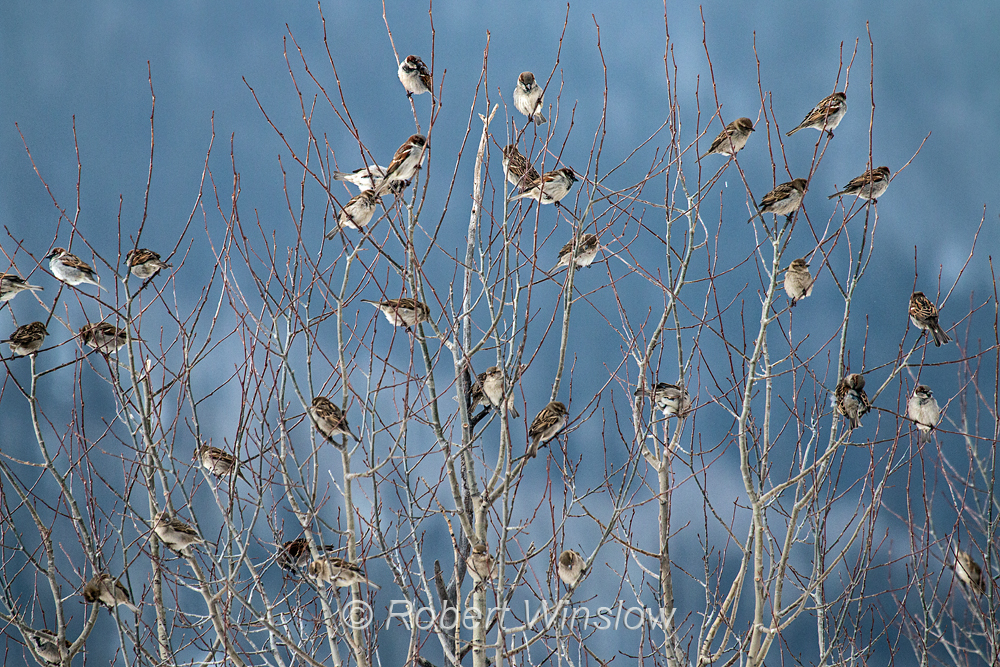 And a trio of fur balls that were interested in anything Avian.

4 thoughts on “A Trip to Silverton, Colorado to photograph Rosy Finches”