A couple of weeks ago, an Anna’s Hummingbird showed up at the feeder at a friend’s house in Edgemont Highlands. This bird is common in “open-wooded or shrubby areas and mountain meadows along the Pacific coast from British Columbia to Arizona.” (Wikipedia) The only other reported sighting of an Anna’s in my area was in 1970! On Monday evening, I was able to photograph the bird even though the light was low. 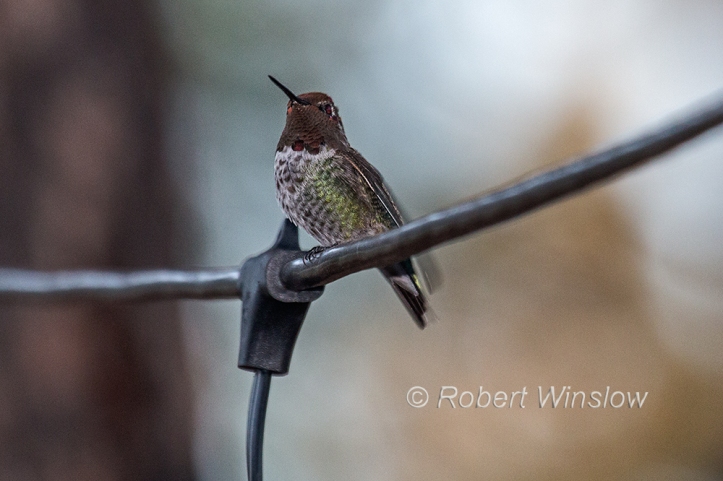 Two days after I photographed the Anna’s and just after we’d finished a bird walk, a birder called me to say she had found a Chestnut-sided Warbler. This bird breeds in eastern North America and in southern Canada westwards to the Canadian Prairies. There had only been two other reported sighting of a Chestnut-sided Warbler in La Plata County until this one. I drove and then hiked to where Susan was still monitoring the bird. Eventually, it showed up again and I was able to get some good photos in good light. It really pays to keep a camera in a daypack.

What is interesting is that those two very rare birds to our area – one from the West Coast and the other from the eastern US – showed up within a few days of each other. Why? Could it be global climate change?

Whatever the reason, I love these two birds and feel a kinship with them. Whether they know it or not, they are explorers and pioneers. Seekers. Risk-takers. Perhaps lonely – and maybe because of it – they are adventuresome. They are willing to strike out from what is normal and explore new territories and distant horizons. We could all stand to learn to live a bit more like these beautiful birds.