Why I Wake Early
by Mary Oliver

Hello, sun in my face.
Hello, you who make the morning
and spread it over the fields
and into the faces of the tulips
and the nodding morning glories,
and into the windows of, even, the
miserable and crotchety–

Watch, now, how I start the day
in happiness, in kindness.

Over two years ago, I contacted friends Milt and Kathleen May, living near Driggs, Idaho,  and informed them that the center line of a total solar eclipse of the sun was going to pass directly over their house on August 21, 2017 and could we please come and park our camper in their yard.  Milt and Kathleen were not aware of the event, but enthusiastically offered up their hospitality.  Since then, of course, the whole Teton Valley which is located on the western slope of the Teton Mountain Range – and indeed the whole country – eventually became abuzz with eclipse fever.

Marilyn, Duffy and I drove our camper up through Colorado, Utah and Wyoming with a brief stop in the Tetons. Eventually we ended up in Idaho where Milt and Kathleen were the most gracious and welcoming of hosts.  Friends soon arrived from Colorado, Oklahoma and California and a splendid festive time was had by all.

Two days before the eclipse Marilyn, Duffy and I hiked the Teton Canyon Overlook trail starting out from base of the Grand Targhee Ski Area and ended with a grand view of the Tetons to the East. 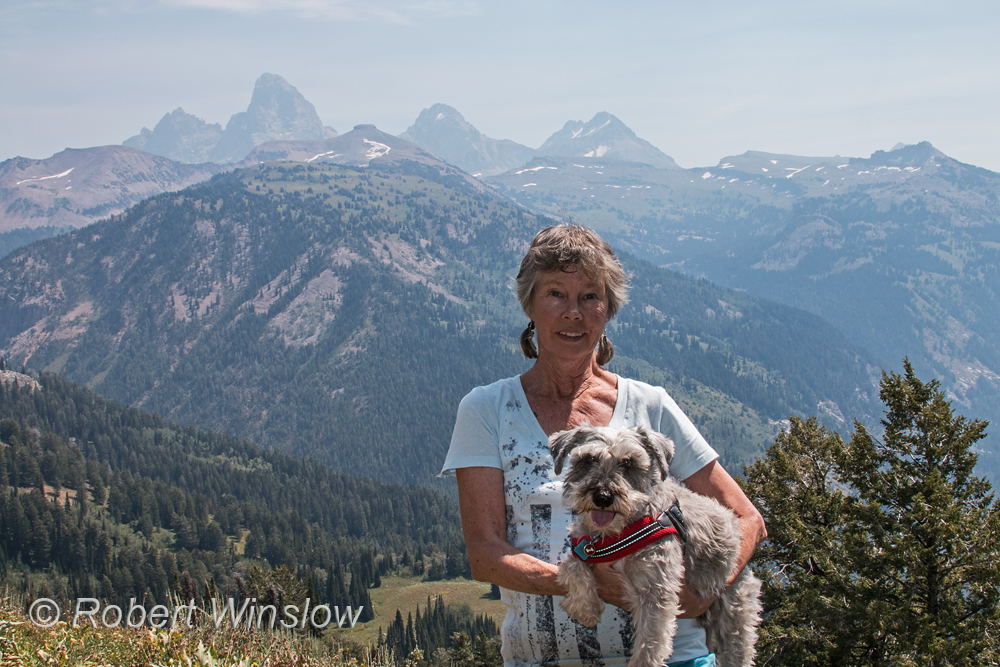 To photograph the different phases of the eclipse, I bought a 92mm solar filter from Thousand Oaks Optical. This filter fit on my Kowa TSN 833N angled 88mm Prominar spotting scope with a 25-60x eyepiece.  I attached a Canon 70D to the scope using a special adapter.  In addition, I bought a step up ring so that the filter could also be used on my Canon 100-400mm with a Canon 7D camera.

Here are a couple of more images as the eclipse progressed: 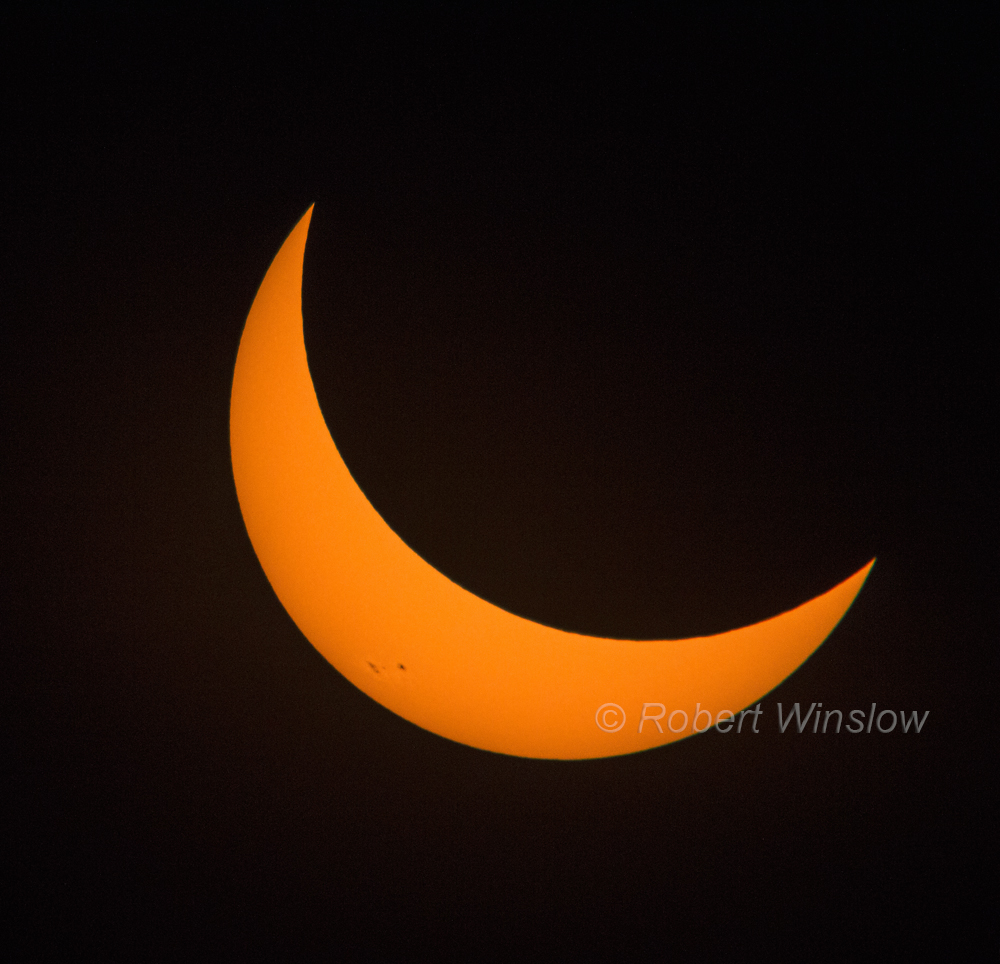 The following photos were taken with the Canon 100-400mm lens

And this one was taken seconds before totality:

For totality, Marilyn unscrewed the solar filter on the 100-400mm lens while I kept photographing.  Here’s a few images of the Diamond Ring Effect (also called Bailey’s Beads) as totality occurred.  This phenomena occurs when the moon covers the sun, but some sunlight streams through the craters and valleys of the moon’s surface.  You can also notice solar flares in the top right. 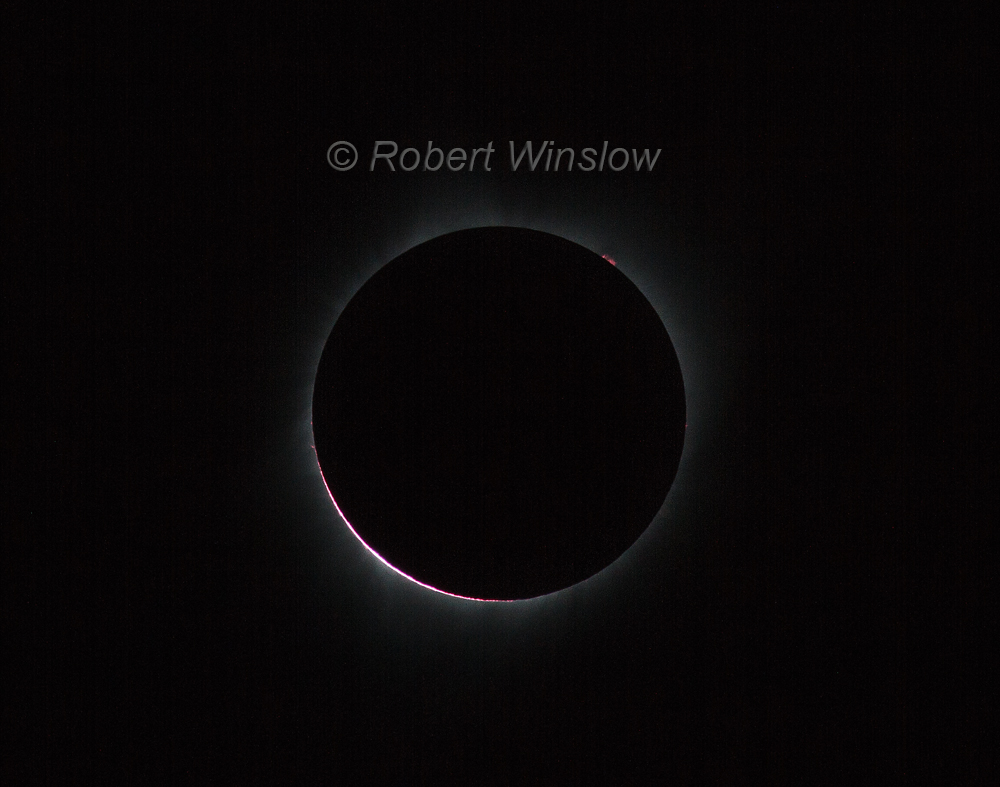 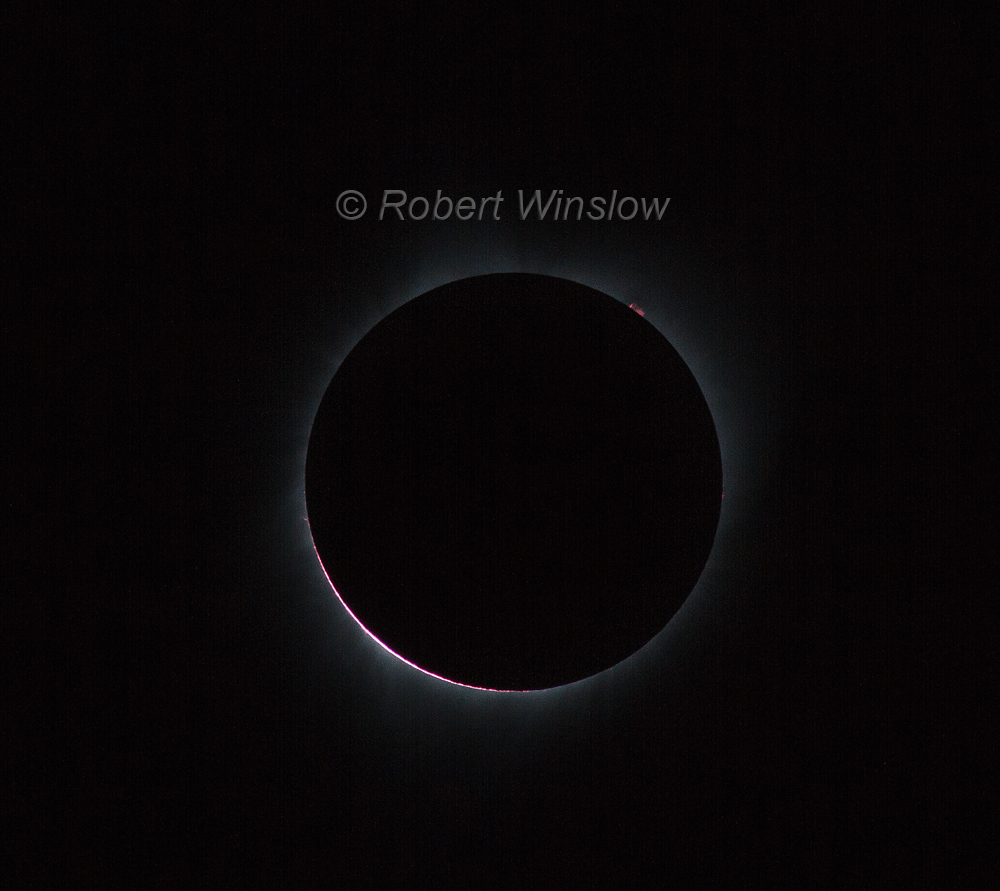 During totality I was also able to take photos with my Canon 500/f4 lens with a Canon 1.4 adapter with a Canon 70D camera. 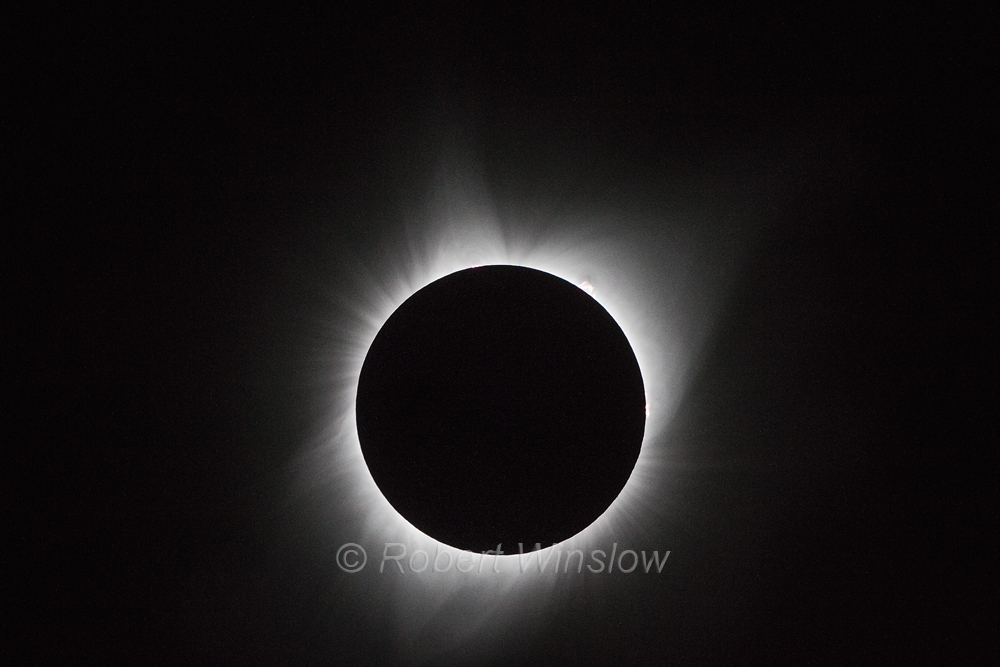 Here are a few photos taken after totality showing the moon moving off of the sun’s disc:

And here is a final image showing the last little bit of the moon in front of the sun:

After a delicious lunch, we packed up and headed home since I was scheduled to fly to Africa on the 25th.  About 5 miles north of Idaho Falls we hit stop and go traffic.  We then became enmeshed in an epic exodus of eclipse viewers headed south on Interstate 15.  It took us about eight hours to go 80 miles.  We finally ended up staying in our camper at a truck stop south of Pocatello, Idaho.